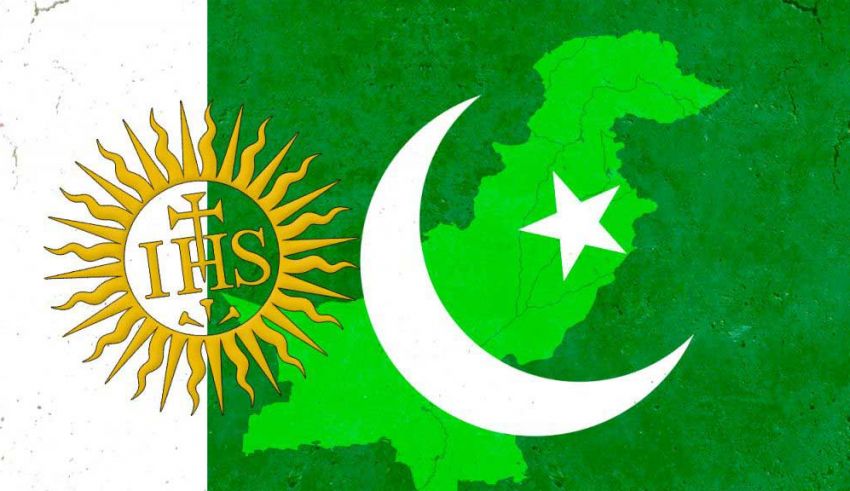 Jesuits missionary came to Fathepur Sikri on 28 February 1580, were invited by Moghul Emperor Akbar. There were three Jesuit priests; Beato Rudolph Aquaviva, as superior mission, Fr. Anthony Monserrate, and Fr. Francis Henriquez. After 3 years, they left Fathepur Sikri. Fathers Duarte Leito, Christoval de Veiga and Brother Estevao Riberio conducted next mission. They came to Lahore in 1591. Unfortunately, they had to leave Lahore in the same year. The third mission began 1594 when Father Jerome Xavier, a grand nephew of Saint Francis Xavier, reached Lahore together with Fr. Emmanuel Pinheiro and Bother Benedict de Goes. Jesuit mission in Lahore came to end when The Society of Jesus was suppressed by Pope Clement XIV in 1773.

Jesuit Mission bloomed only after The Society of Jesus restored by Pope Pius VII in 1814 and British came into power in Hindustan. Jesuits started mission in Sind, World War I and II brought misery in the life of the mission. During WW I, the Jesuits from German Province were all interned or was forced to leave, Capuchin fathers from Lahore took over the Karachi mission. Jesuits from America took over for a brief period until Jesuits from Spain came in 1922. In 1931, Jesuit fathers were in charge of St. Patrick’s parish in Karachi. Jesuit Mission opened a church and a school in Quetta. They also were ministering in Sukkur and Hyderabad. In 1936, they handed over the mission to Franciscan and went back to Bombay. After 1936, there were no Jesuits working until the arrival of the Jesuits from German Province in 1961. Frs. Robert, Schockaert, Joseph Pays took initiative to come to Lahore. The Pakistan mission is under the Sri Lanka Province the Society of Jesus. The lack of personnel was a major problem for the mission, so Pakistan mission decided to have local Jesuits. Now, our dream comes true when Pakistan mission has one Jesuit local “Father Imran John” been ordained in 2009.