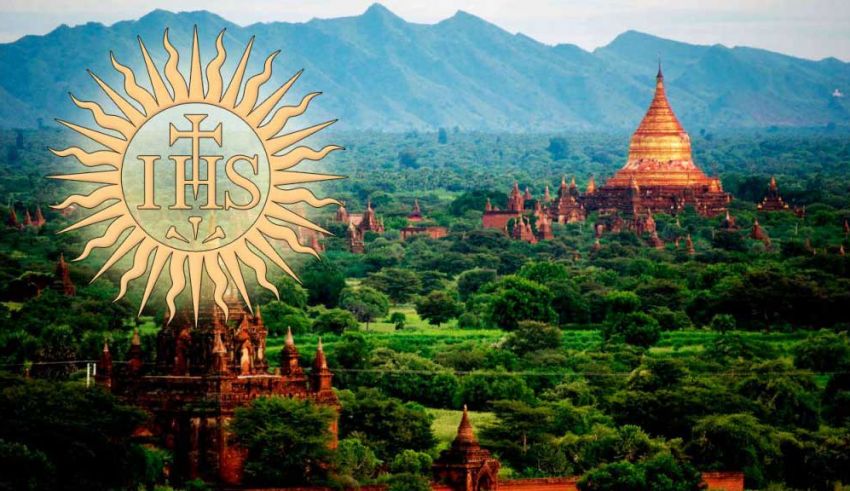 In 1998, the Jesuits returned to Myanmar at the request of the country’s bishops who remembered the good work of American Jesuits from Maryland who were in charge of the major seminaries in Yangon. For some years, the mission was placed under the care of the Regional Superior of Thailand, who was “ex officio” the Major Superior of the Myanmar Mission.

In 2011, in view of the rapid growth of the mission and new challenges, the Jesuit Conference of Asia Pacific was given a three-year mission to plan and implement new apostolic and governance arrangements for Myanmar.

The Mission comprises around 40 Jesuits, over 30 of whom are indigenous to Myanmar and currently in formation. The Society in Myanmar has a candidates program, to date there are 24 candidates in Yangon and Taunggyi, eight novices, and some 30 scholastics doing humanities, philosophy, theology, and regency. Gonzaga and Campion institutes teach some 500 students in English and other subjects with around 40 teachers, and assess the English capability of prospective major seminarians.

On June 11th, 2013 Jesuit Father Wilbert Mireh was ordained to the priesthood in Loikaw Cathedral in Myanmar in May, making him the first Myanmar-born Jesuit to be ordained since the Society of Jesus was approved 473 years ago.

For Fr. Mireh, the moment of ordination was one of grace in which he felt the blessing of God. While aware of the responsibility that would come with being his country’s first Jesuit priest, Fr. Mireh said he felt tremendous support from those around him.

“It’s a privilege, and a feeling of being ready to begin my ministry — I’ve been wanting to do this for so long. As a Jesuit, I am filled with the missionary spirit,” he said.

Although Portuguese Jesuits brought Catholicism to the Kingdom of Pegu in the early 17th century and the Maryland Province Jesuits worked in Myanmar (then known as Burma) in the 1950s and 60s, the country’s political situation prevented the society from flourishing. Since the Jesuits’ return to Myanmar in 1998, they have worked alongside the Catholic Church on the formation of young religious and the education of a people damaged by years of military rule.

The desire of St Ignatius and St Francis continues to materialize under very different circumstances. With God’s blessings and guidance that fire would enkindle the scholastics in formation– together with over 18000 Jesuits worldwide — to spread God’s love in areas of greatest need and new frontiers of mission.